President John Evans Atta Mills died just before I arrived in Accra.  The people of Ghana were in mourning, and everyone was wearing red and black to signify the occasion for the entire week that I was in Accra.  The funeral was held just down the street from where I was staying. 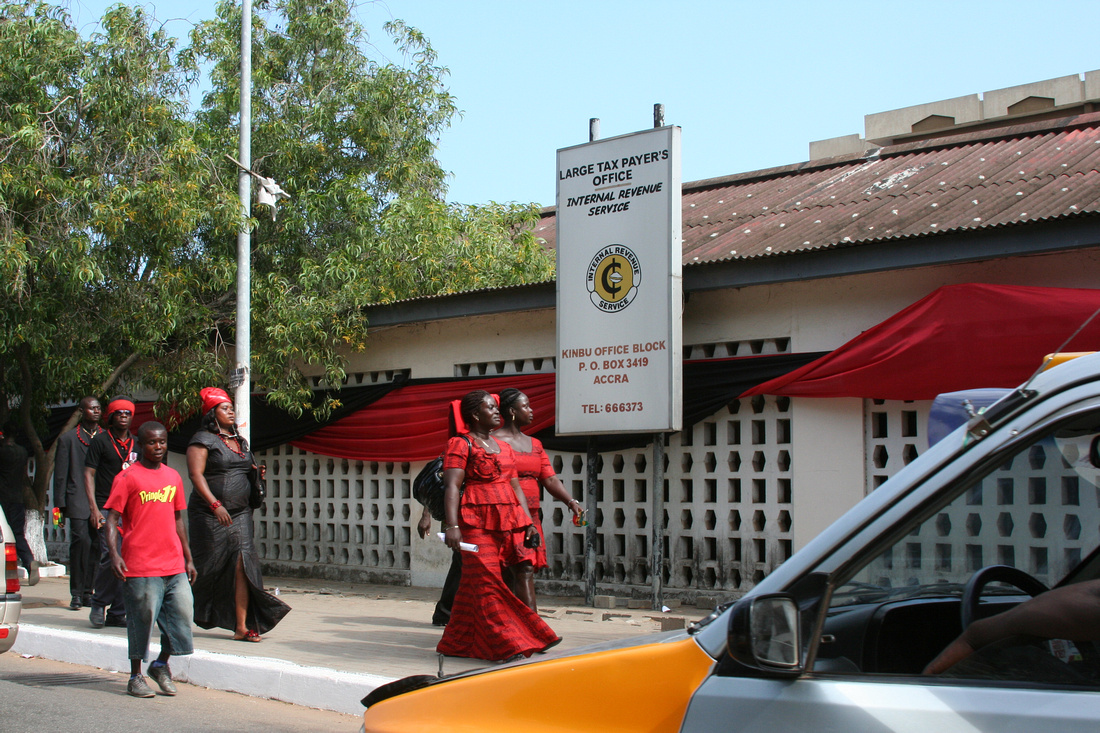 Ghana is an easy country to visit for many reasons.  For starters, I only had a take two planes from Albuquerque to get there!  It was amazing to hop on a plane in Albuquerque, change planes in Atlanta, and then wake up to find myself in Accra, Ghana.  I found that Accra was a relatively easy and safe city to navigate, and the people we met were terrific.  And to top it all off, English is the official language of Ghana, so it doesn't get much easier than that!

Here is a map of Ghana to help you get oriented - not a map that many of us are familiar with in Albuquerque. 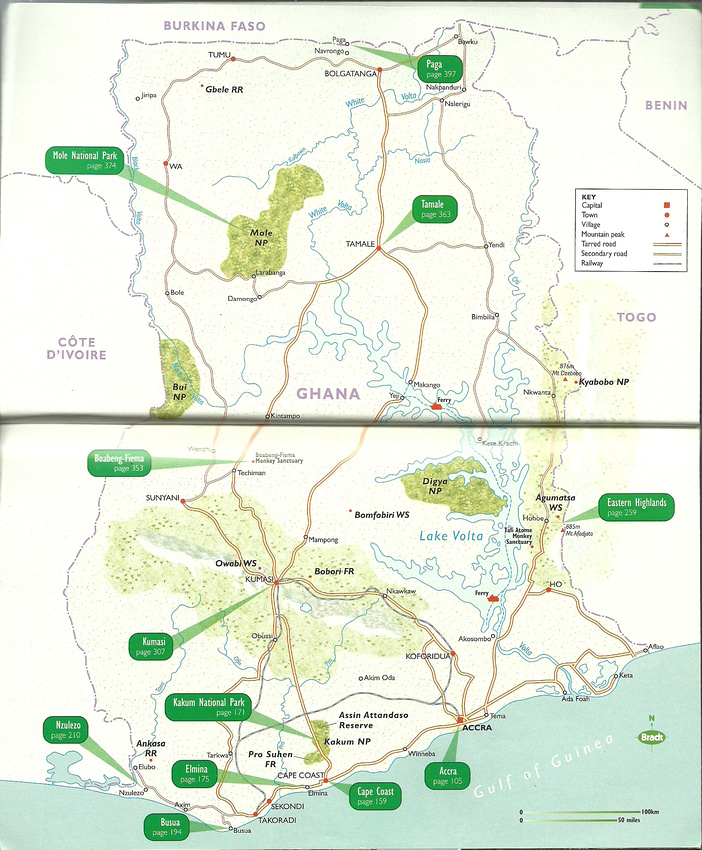 We used Accra as a base to explore the Cape Coast and Kakum National Park to the West, and then cross overland into Togo to the East.

Cape Coast Castle is a World Heritage Site that used to be one of the largest slave-holding sites in the world during the colonial era, just a few hundred years ago.  Slaves were crammed into hot, dark, and oppressive dungeons before crossing the "Gate of No Return" and being stuffed into merchant ships and deported to a life of slave labor.  It is estimated that tens of thousands of slaves were incarcerated in this place over the years.

We joined one of the group tours.  Our guide took us down to the dungeons and turned off the flashlight.  It was very dark - very difficult to see anything.  The only light and fresh air came from a small porthole high up on the wall.  It was hot and sweaty in the dungeon, and of course this was nothing compared to what the slaves experienced.  They were locked up with about 200 other people in each of the cells.  Since everyone was shackled together, it was not easy to move in the cramped quarters.  People had to defecate, vomit, and sleep where they were.  Food would be thrown to them from above...and it would land in the feces, blood, and vomit.

Needless to say, it is an intense, depressing, yet very worthwhile stop in Ghana.  Plan on ~2 hours to tour the site and be sure to go on one of the guided tours.  The experience of descending into those dark dungeons, and then hearing about the deplorable conditions that these poor souls had to endure, is something that will stick with me forever. 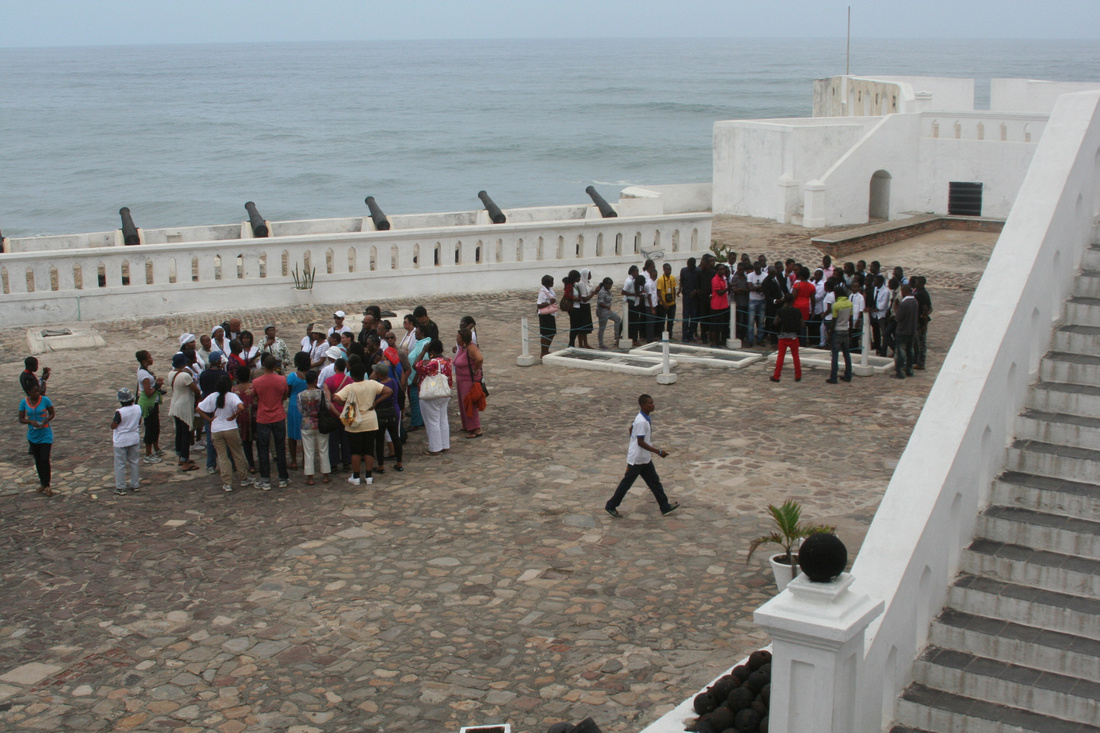 Kakum National Park protects one of the most extensive rainforests in Ghana.  It is a good spot for birding (with over 265 species of birds) and it also contains ~100 species of mammals, including forest elephant, giant forest hog, flying squirrels, leopard, spot-nosed monkey, bushbuck, bongo, and duiker.  The main attraction for visitors is the canopy walk - a 1,155 foot-long wood walkway that is suspended by rope and weaves through the forest canopy at a height of 92 - 132 feet above the ground.  If you are scared of heights, then you might want to stick to the trails and skip the canopy walk.  Given that we did not arrive until late morning (well past peak wildlife activity), and it was raining (hey, it's a rainforest, what do you expect!), we did not see much in the way of wildlife.  But it was still fun to walk along the canopy of the rainforest, and see the excitement in the faces of Ghanaian children walking on the suspended trail - apparently it is a popular field trip for local schools.

Logistics: It took about 3.5 hours to drive to Kakum National Park from Accra.  Cost: US$30 to do the canopy walk. 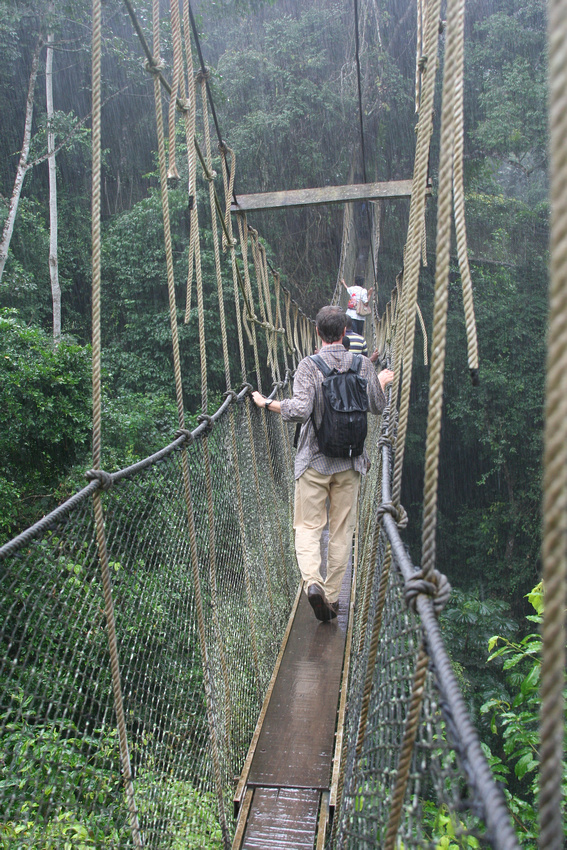 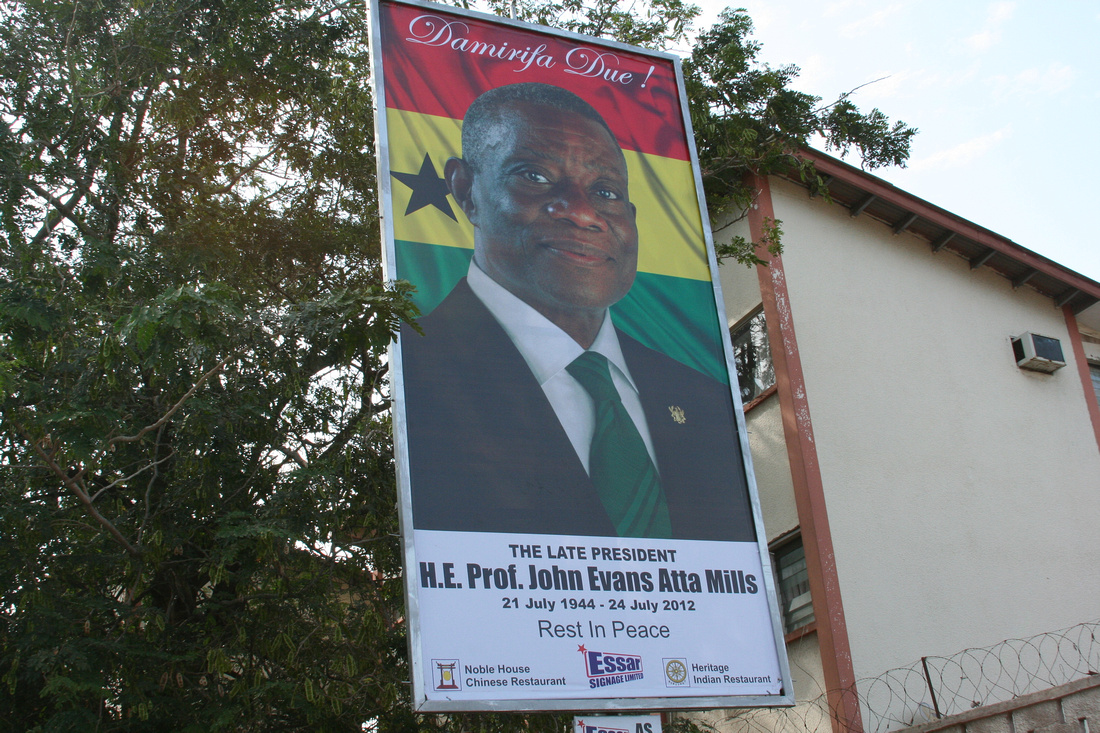