Our plane touched down in Frankfurt, Germany at 11:50am and it felt great to walk after so much sitting the past two days.  Our first line of business: standing in a long line to book our return flight from Frankfurt - Houston - Albuquerque.  United Airlines had canceled our return reservation given that we skipped the initial ABQ - Houston flight segment.  You can read the previous posts if you want to learn more about that adventure.  After about a 30-minute wait, and another round of explanations, they finally agreed to issue us our original return tickets and we were on our way.

Next stop was the rental car pickup.  Even though the price of renting a GPS unit for 18 days was ridiculously high, I knew it would be priceless in helping us navigate our way around Europe, so I agreed.  We located our white Peugeot stick shift car, set our destination on the GPS for the center of Luxembourg City, and we were on our way.

Three languages are spoken in Luxembourg: Luxembourgish, French, and German.  I would be clinging to French, which I speak at an intermediate level.  In other words, I know enough French to ask for anything I need and I can have a choppy conversation on a wide variety of topics, with occasional "franglais" thrown into the mix.  But I can't understand everything that is being said in a movie, the news, or a song.  If you use lots of slang and speak quickly then you can probably insult me in a hundred different ways and accuse me of obscene acts with barnyard animals and I'll just stand there smiling, dumb as a rock, and nodding my head encouragingly to tell me more.

It was around 5:00pm by now and we were ready to eat.  The only catch was that no restaurants were open for dinner as this "early hour".  The only place we could find that was open was a Turkish kebab place, so that's where we went.  Not exactly the type of meal that I had envisioned for Erik's first dinner in Europe.  After explaining the menu to Erik, he settled on lamb, rice, fries, and Orangina ... and I decided to join him.  Erik was pretty shocked at my ability to speak French: "I didn't know you were fluent in French!".  Which, or course, I'm not, but apparently it sounded like it to him.  I responded, "yes, I know enough to get by"... and was tempted to add "... and that's why you should take your Spanish language classes more seriously!".  But I restrained myself.  My son hates his required language classes in school and he only puts in the minimum amount of effort possible to pass his class.

Our food arrived and I immediately saw that the our meals were covered in the dreaded white sauce.  I missed that part when trying to translate the menu.  I'm not a fan of the white sauce, but this would pretty much kill any chance of Erik touching his meal.  They might as well cover his food in a layer of cow dung.  To my astonishment, he actually did eat some of it, focusing on relatively dry pieces, with substantial scraping with his knife.  I was impressed.  Of course he loved the Orangina.  I'm one of those "mean dads" who doesn't allow sodas (except on special occasions) but Orangina and other variations of sparking lemonade became a regular thing for us during the trip.  It was the first use of what would become a well-worn phrase to justify bad behavior during our trip: "we're on vacation". 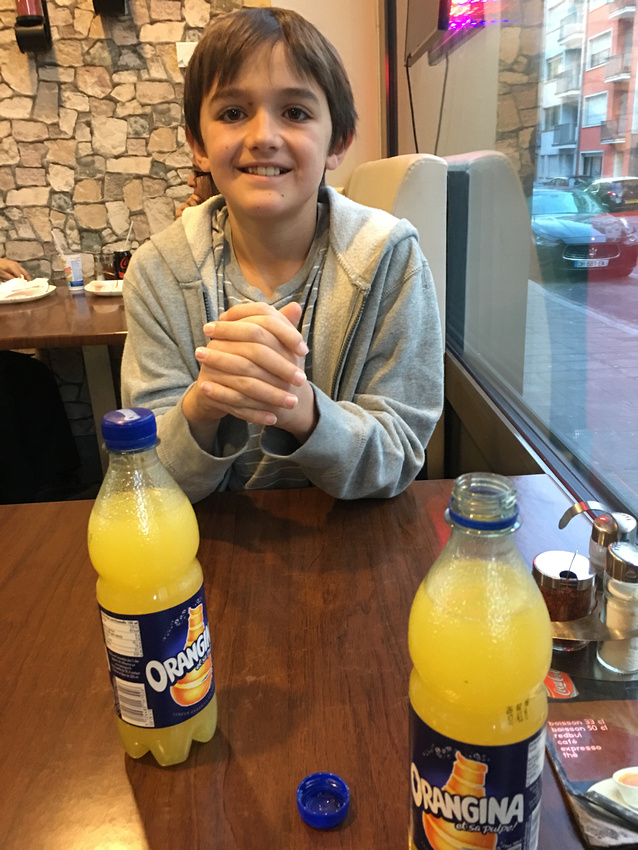 After our meal, we walked around the city streets and parks.  Luxembourg City is a small city that seemed to have a laid back vibe and friendly people ... based on our very limited experience.  We both liked it. 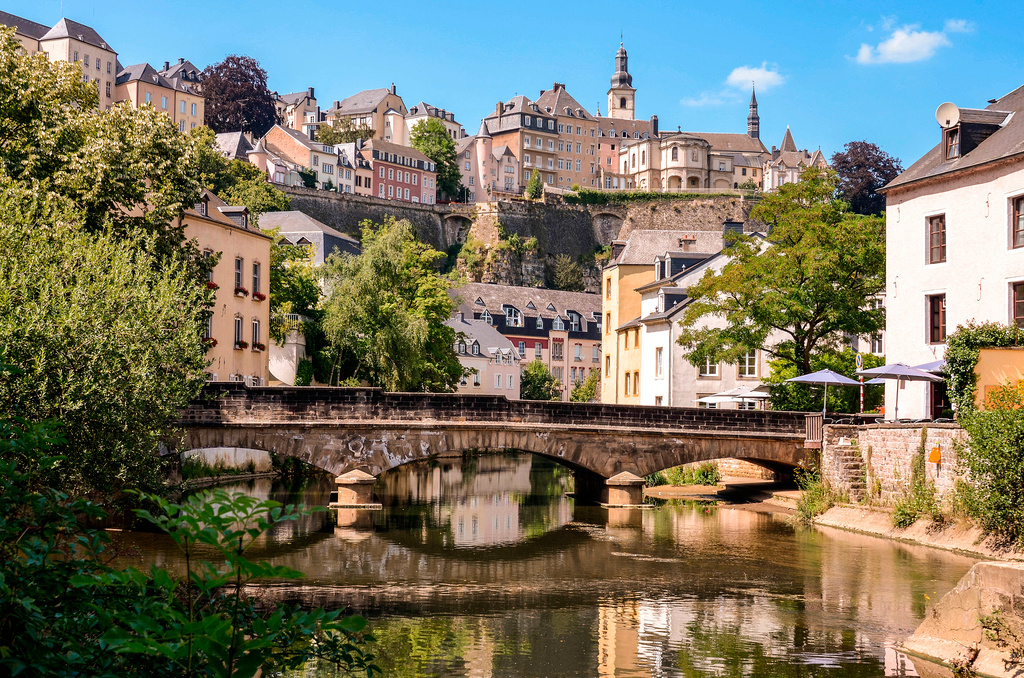 Photo above is from https://media-cdn.tripadvisor.com/media/photo-s/15/76/d1/d9/private-tour-luxembourg.jpg

After a few hours of walking and exploring, it was back in the car for another 2.5 hours of driving.  Our final destination was Namur, Belgium.

Around 10:00pm, we weaved our way up some windy streets to our final destination, Le Château de Namur (a 4-star hotel), and it was quite an impressive place.  Here's a photo of the hotel from the outside as we walked in for the first time. 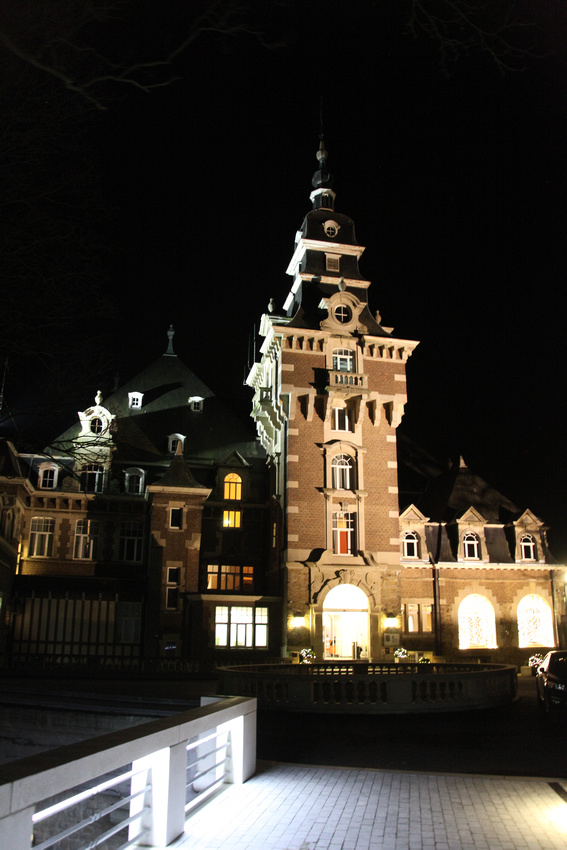 We entered the lobby (it was December 28th, so it was still decorated with a Christmas Tree), and checked into our room. 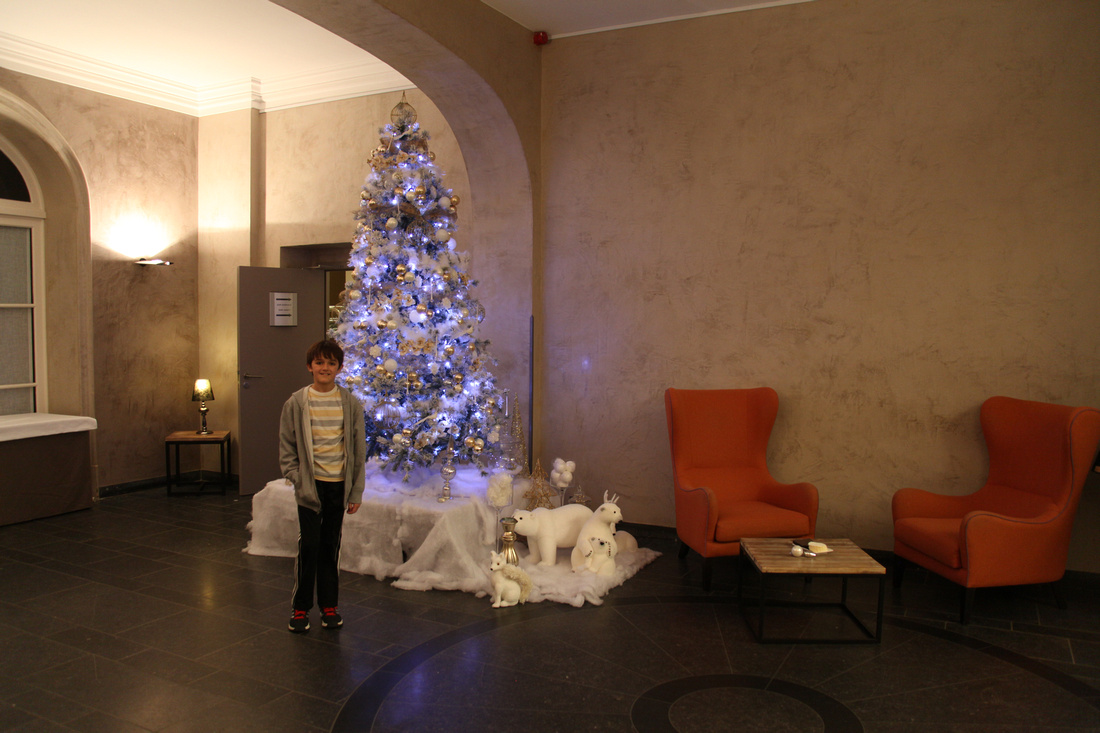 I think we had room #206.  Whatever room it was, we had nice views of the city below.  Here are two photos of our room. 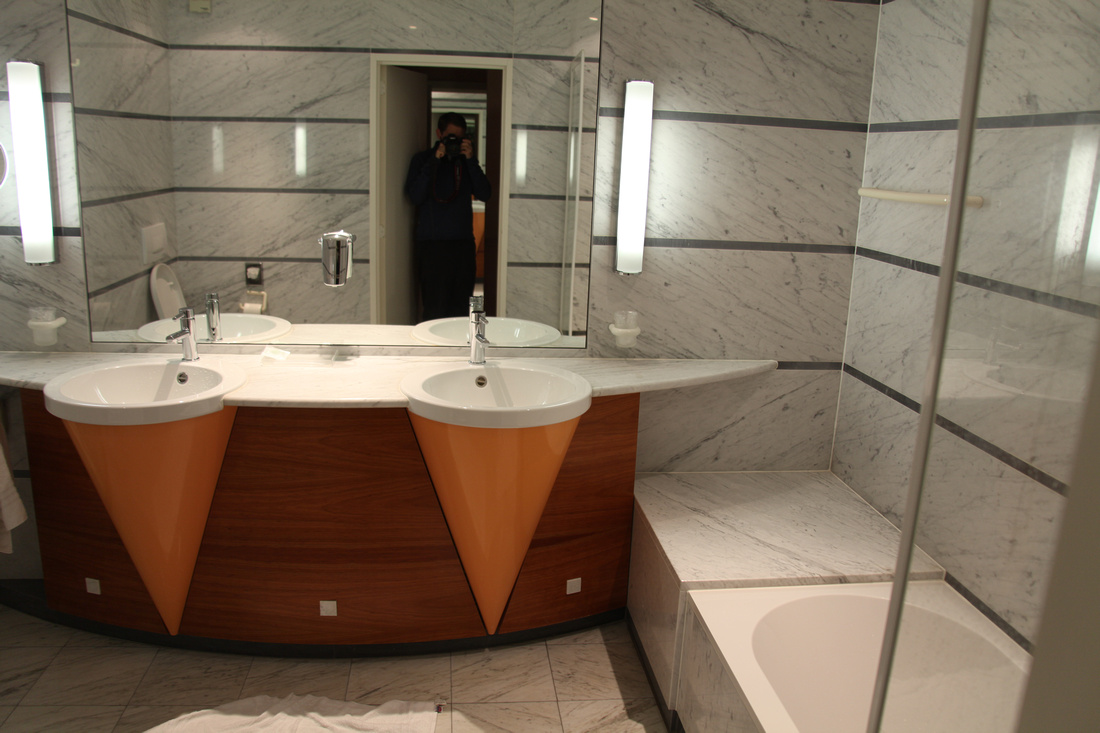 We decided to meander around the hotel grounds a bit to stretch our legs.  After that, we each took a shower to wipe away all the travel, and then it was off to bed.  There would be no exploring of Namur tonight.  All we cared about at this point was sleep.

A few hours later, around 1:30am, a spam phone call woke me up.  Another rookie move.  I forgot to turn off my phone ringer at night.  Jet lag then kicked in to keep me awake for a few more hours before I finally drifted back to sleep.

Using our embarrassing, "checklist travel" approach to this trip, Erik had already visited 3 new countries (Germany, Luxembourg, and Belgium), and Luxembourg was a new country for me as well.

Keywords: How to visit 15 countries in 20 days, How to visit 15 countries in 20 days with a 10-year-old and enjoy it, Luxembourg, Luxembourg City, Mark Aspelin, Mark's Travel Blog, MarksTravelBlog.com, Namur, Namur Belgium, Travelers Century Club, Travelers' Century Club, Traveling through Europe with a child, Traveling to Europe with a Child
« Previous Post Next Post »