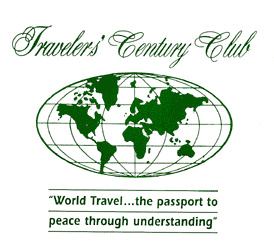 In the winter of 2015, I decided to take advantage of the discounts that were available for traveling with a "child" (who thinks he is thirty) by taking my ten-year-old son, Erik, on an epic adventure in Europe from December 26, 2015 - January 16, 2016.

I had three goals for the trip:

2) Provide Erik with some exposure to what life is like in Europe, and hopefully kindle some interest in other cultures and reinforce the importance of learning a second language, and;

3) Spend quality bonding time with my son and actually have a fun trip!

Looking back on it now (3+ years later), I can say that our trip was mostly successful:

- My son still has no interest in learning another language (boo!).  However, he does have some interest in travel and experiencing other cultures, so we made some progress towards accomplishing the second goal.

- While the travel was a bit of a slog at times, we had a lot of laughs and many great adventures together.

As for why (back in my college days) I set a goal of visiting 100 countries by the time I was 50, I'll refer you to an earlier post called "A Very Early Retirement".

Before this trip, I had visited 91 countries, so I had to visit nine more countries to achieve my goal.  I was using the country list developed by the Travelers' Century Club, which has a liberal definition of what constitutes a "country".  The TCC's official list has a total of 327 countries and territories (as of January 1, 2018).  How is this possible, given that the United Nations only recognizes a total of 195 countries?  As TCC puts it "Although some are not actually countries in their own right, they have been included because they are removed from the parent country." So the TCC list includes places that are geographically and/or culturally distinct from the parent country.

If you think about it, this makes sense.  After all, a visit to Tahiti is quite a bit different than visiting its parent country, France.  Similarly, places like Tibet, Greenland, Easter Island, British Virgin Islands, (and the list goes on and on) are all considered distinct "countries".  I like this approach.  Not only does it make it much easier to accomplish the daunting goal of visiting 100 countries, the expansive list gives you an opportunity to visit many fascinating, remote places around the world that you might not otherwise visit.

Prior to this trip, I had already been to most of the big countries in Europe.  So my focus on this trip was to visit some of the smaller countries and destinations on the TCC list such as Luxembourg, Jersey, Guernsey, Andorra, San Marino, Corsica, Mallorca, and Malta, in addition to visiting Romania and Bulgaria.  My plan was to rent a car in Germany and drive through Luxembourg, Belgium, France, Andorra, Spain, Monaco, San Marino, and Italy as we made our way to boat ports and airports to reach destinations such as Jersey/Guernsey (boat), Corsica (boat), Malta (flight), Sicily (boat), Romania (flight), and Bulgaria (flight).

Such an overloaded itinerary may sound as appealing as root canal work without anesthesia, but I was pretty excited about it.  My son had no clue what was in store for him.  I figured he wouldn't remember the trip anyway in a few years so it didn't really matter where I took him.  In hindsight, I turned out to be right about that!

Given how ambitious my itinerary was, with very tight timelines, it was highly likely that some of my plans would fall apart.  But as long as I could visit 9 of the 10 new countries (for me) on our list, then I would meet my 100 country goal.  In the process, my son would rack up an impressive 15 new countries (best case scenario), since he had never been to Europe before.  That would bring his total to 33 countries that he doesn't remember.

I could easily subtitle this series of blog posts, "How not to travel" as traveling to check off a list of countries in quick succession is not how I prefer to travel.  I much prefer spending some time in a country to get to know the place, meet local people, and settle into the scene.  But what can I say, trips are expensive and I didn't have a lot of free time left to accomplish my goal of visiting 100 countries before the age of 50, so I pursued "checklist travel" with reckless abandon.  I also justified this crazy itinerary by reminding myself that I had already spent over 1.5 years of my life exploring Europe.

In this series of blog posts, I'll share the highs and lows of this European adventure with you, along with some recommendations on places to visit, trip segments that proved to be enjoyable, trip segments that were more of a slog, and some travel advice for anyone planning a similar trip.  Yes, believe it or not, there are other people out there who are similarly warped and would enjoy taking such a trip.

Rest assured, we'll be covering a lot of ground in these twenty posts.  I hope you enjoy it!

Keywords: How to visit 15 countries in 20 days, How to visit 15 countries in 20 days with a 10-year-old and enjoy it, Mark Aspelin, Mark's Travel Blog, MarksTravelBlog.com, New Mexico & Beyond, New Mexico and Beyond, nmbeyond.com, Travelers Century Club, Travelers' Century Club, Traveling through Europe with a child, Traveling to Europe with a Child
« Previous Post Next Post »