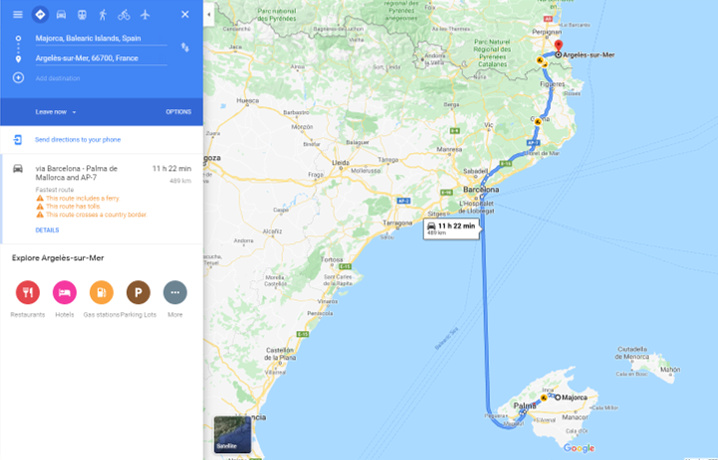 We had yet another early morning so that we could eat breakfast at our the hotel before making our way to the Mallorca airport to catch our flight back to Barcelona.  I'm happy to report that Erik is adapting to typical European breakfasts and it starting to like it!

We arrived at our gate at the airport much faster than we expected, so we ended up having two hours to kill at the airport.  We meandered around and eventually settled into two isolated chairs in front of a large window for a few more rounds of Soccer Physics.  The flight back to Barcelona was uneventful, and soon we were back on the ground, ready to attempt to locate our rental car that we had parked ... not an easy task.  Thankfully, I had taken a photo of our parking spot so that helped our task immensely.  After paying 35 euro for parking, less than I expected given that we had mistakenly parked in short-term parking, we were back on the road.

Our plan for the day included a 2.5 hour drive to Argelès-sur-Mer, and spending some time roaming around this small town on France's Mediterranean coast.  But it didn't quite work out that way.  Apparently a good chunk of France goes to Barcelona to party for New Year's Eve, and then everyone decides to drive back to France ... around the same time that we were on the road.  The traffic was hideous ... it actually made Los Angeles rush hour look speedy.  It literally took us 4.5 hours to go about 20 miles.  It was a massive parking lot - the worst traffic that I can ever remember. 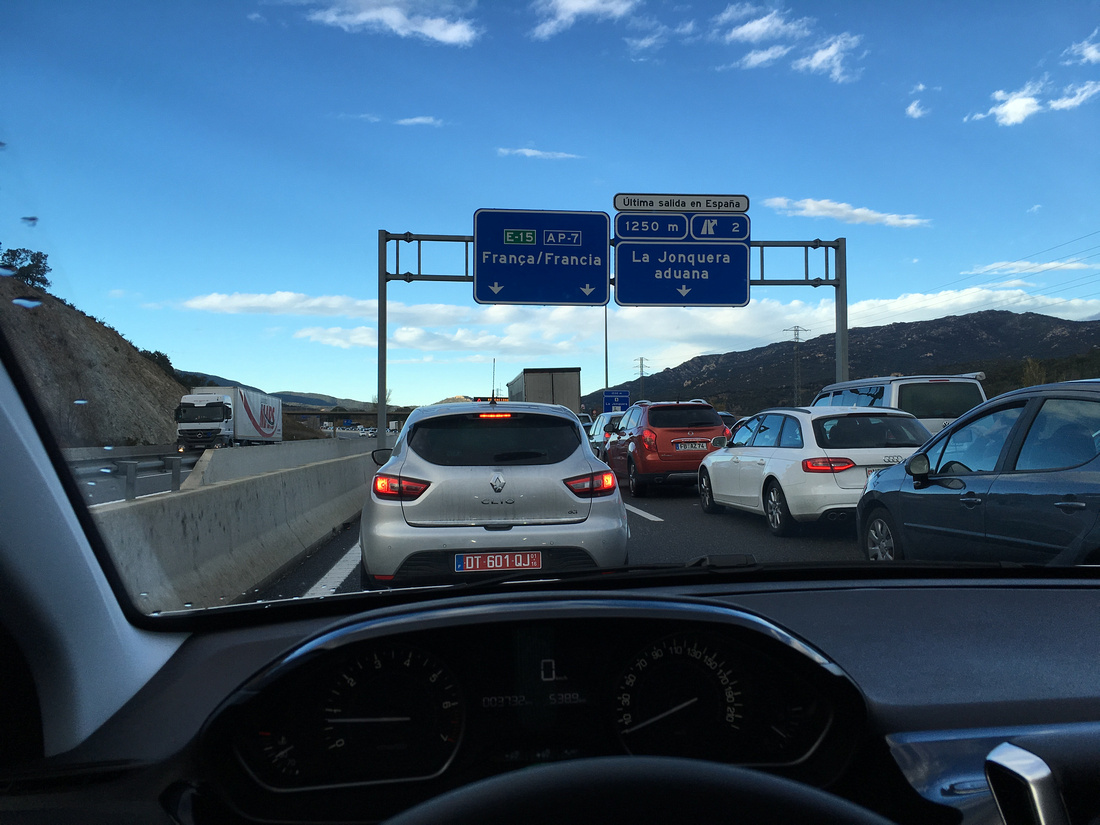 After many hours, we FINALLY made our way to the border with France where the highway was reduced to just one lane, thanks to security concerns that were due to the recent tragedy in Paris where gunmen and suicide bombers attacked a concert hall, stadium, restaurants, and bars, leaving 130 people dead and hundreds injured.

Once we made it into France, it was just a 35-minute drive in the dark to the town of Argelès-sur-Mer, with a population just over 10,000 people.  We had to navigate some very narrow streets before locating our destination - “L’Hostelet” bed and breakfast. 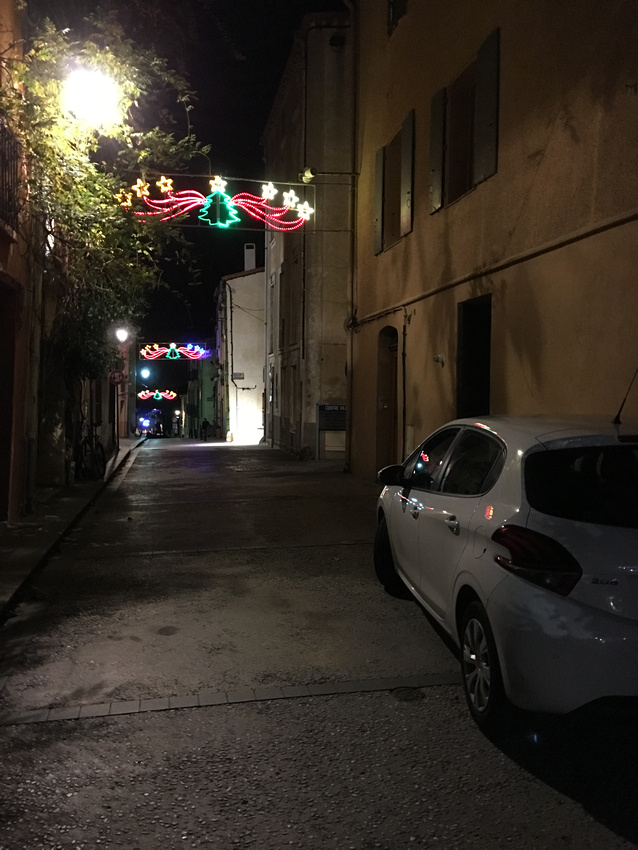 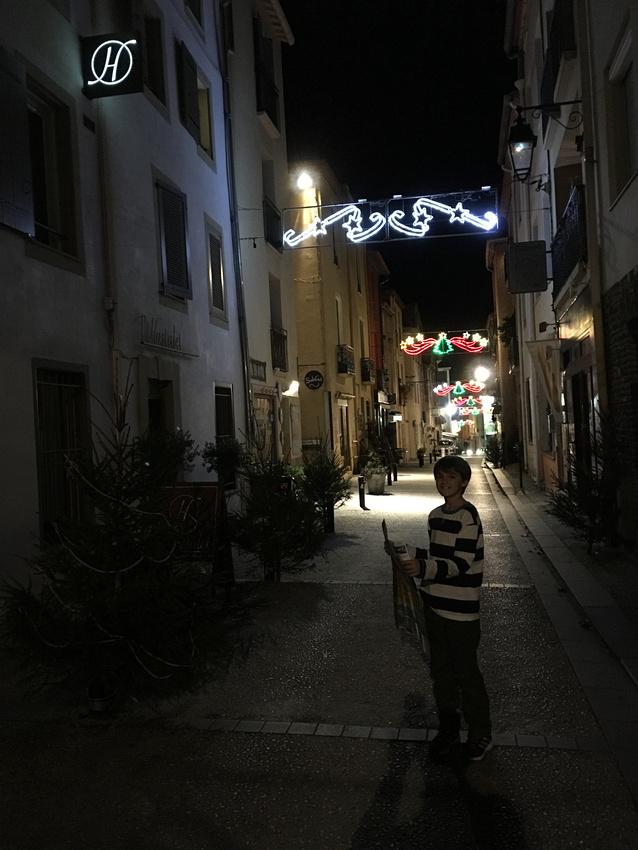 The owner was a young guy who was very kind and and polite.  We spoke a combination of French and English to sort out the logistics and he showed us to our room at the very top of the stairs (room to the right).  Certain parts of the room had a low ceiling that made us feel like Hobbits.  We liked the room and the view of the courtyard below. 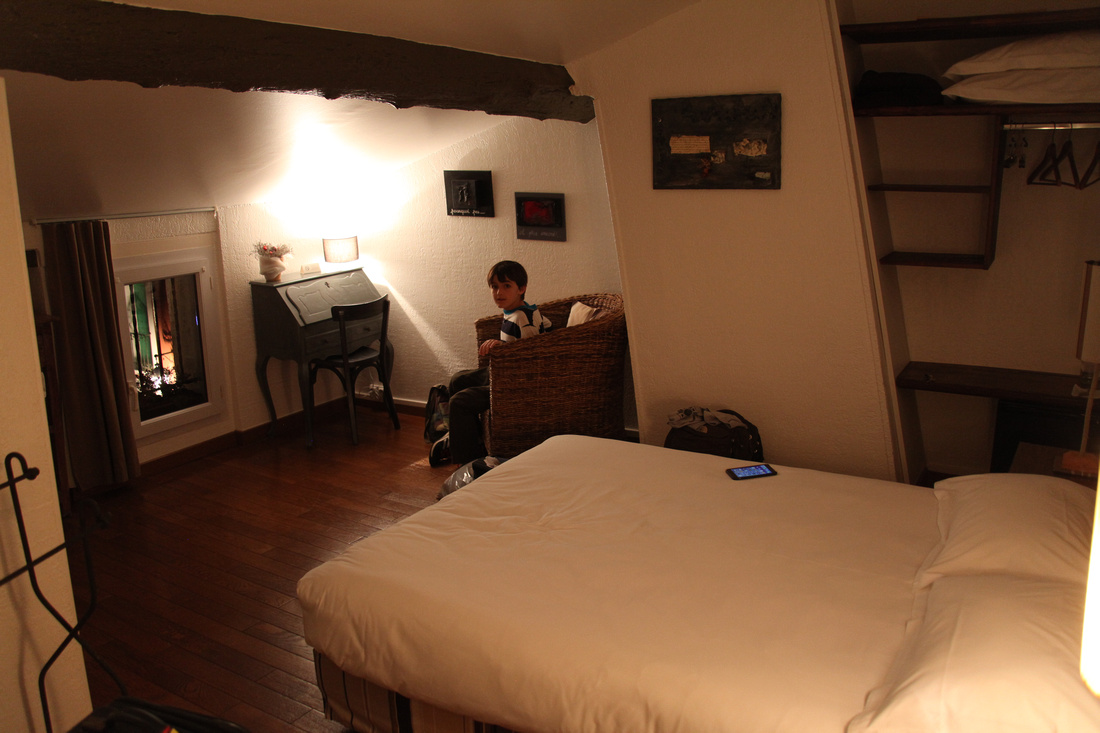 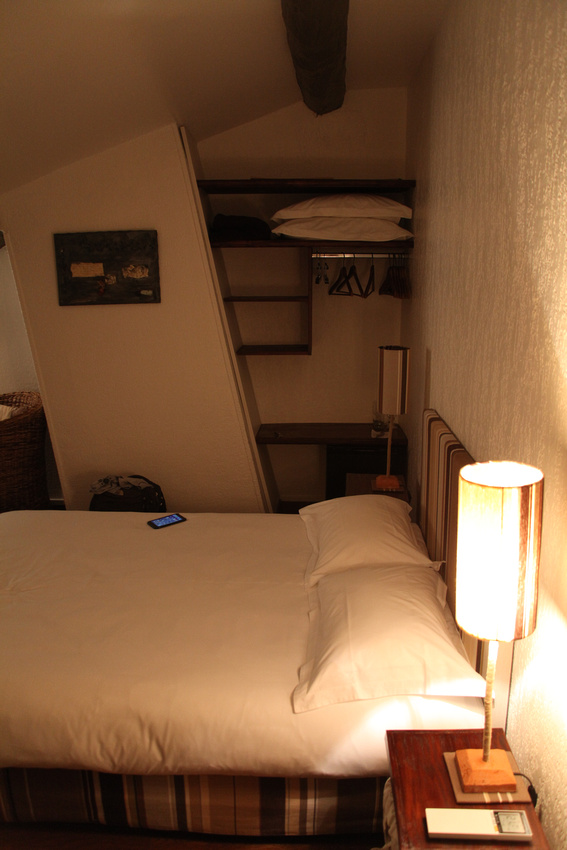 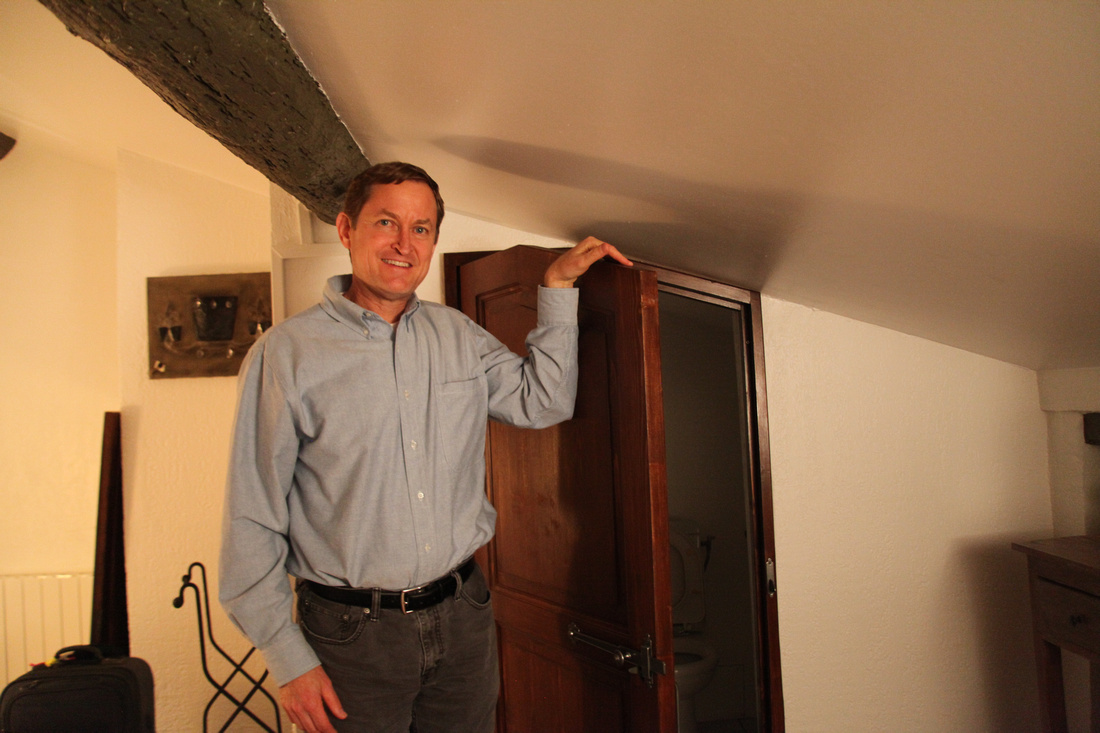 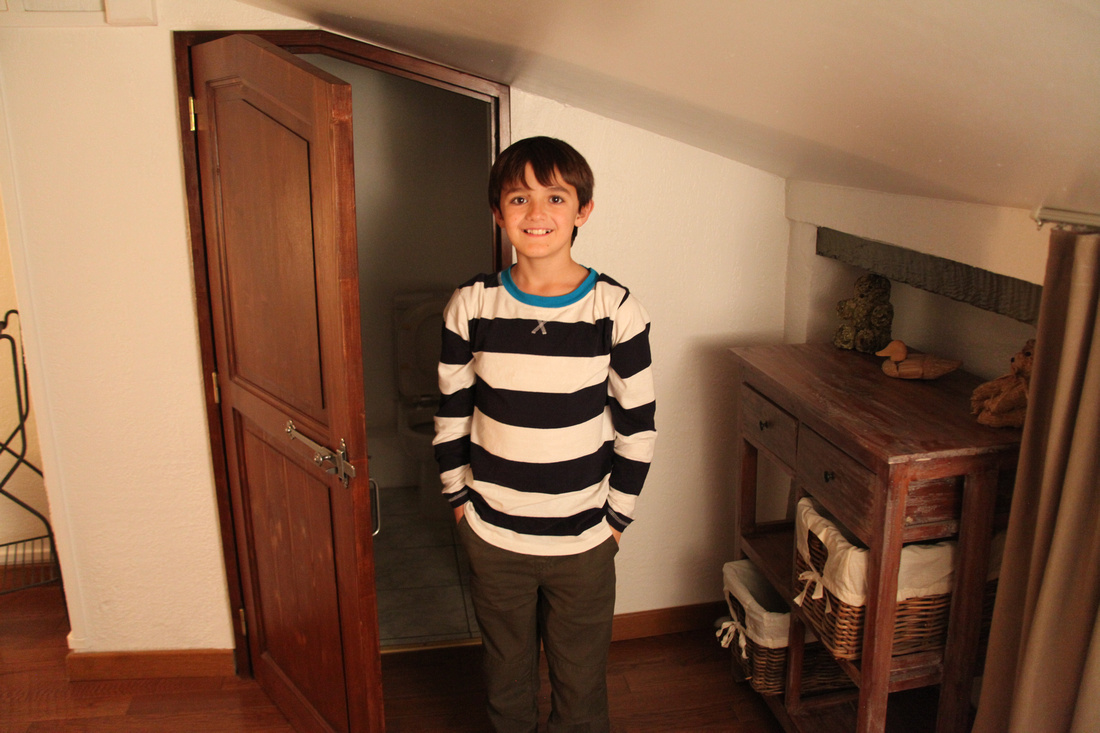 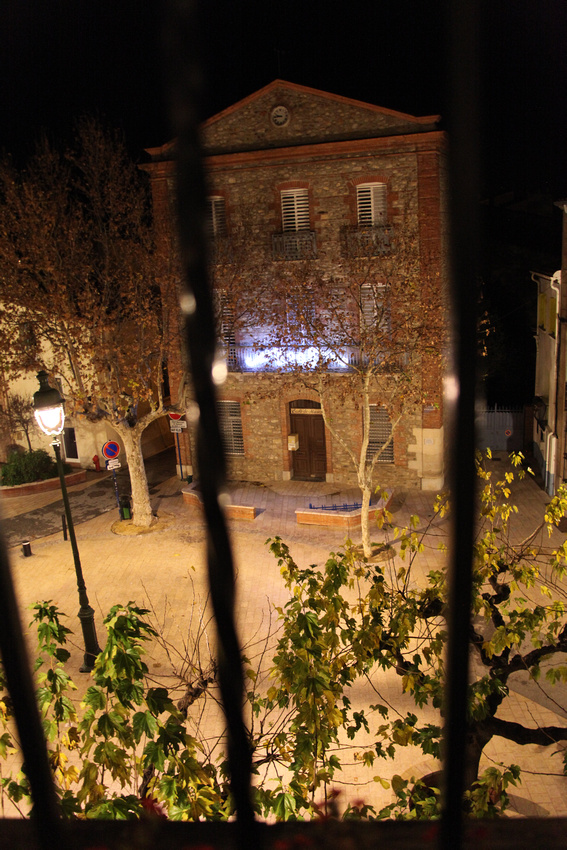 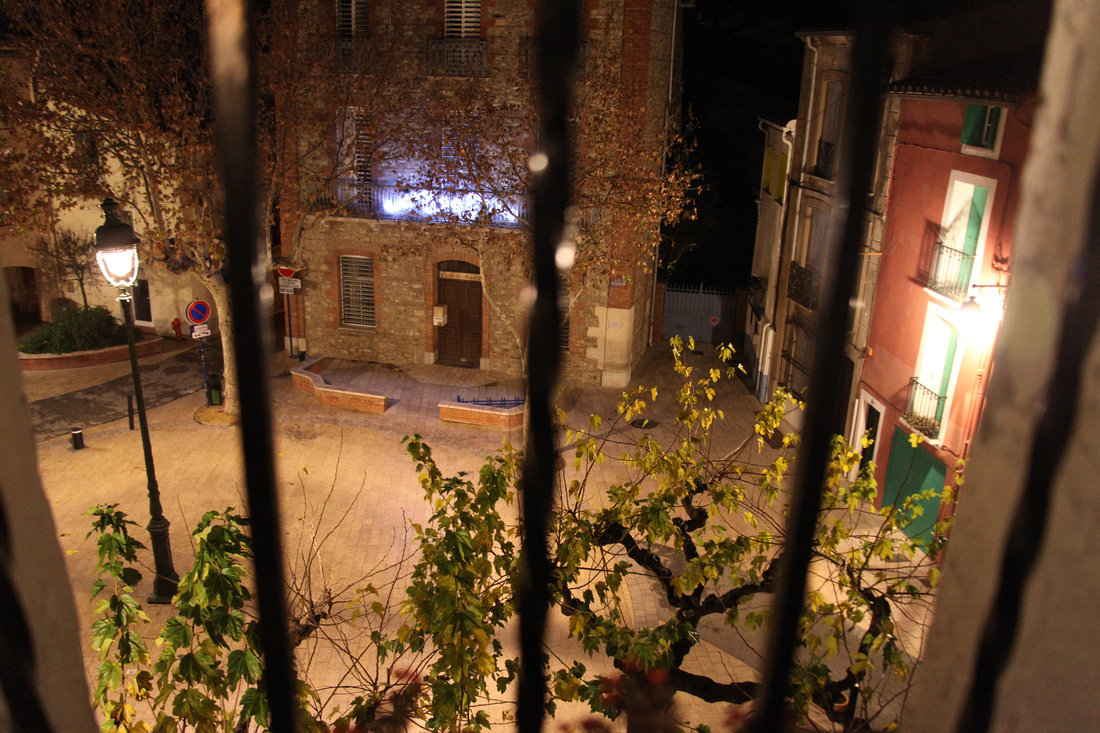 Here is a photo of the courtyard the next morning. 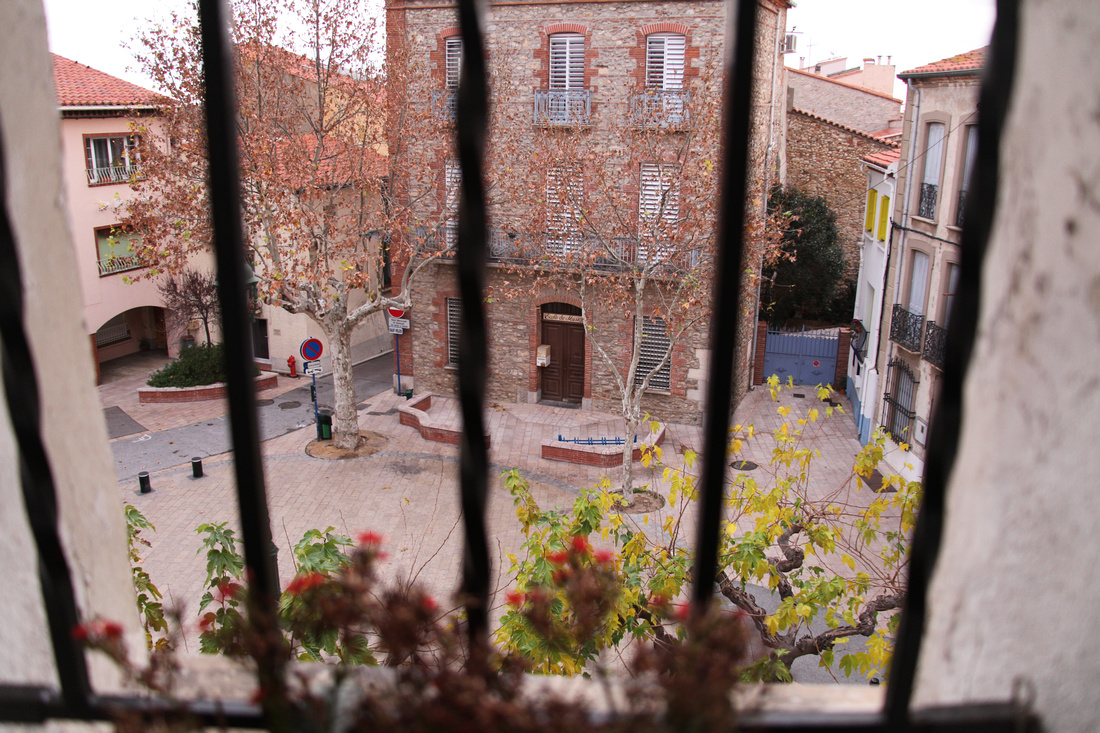 We drove down the street to find an official parking spot, and then walked to one of the restaurants that our host recommended - La Gamate.  I ending up opting for entrecôte and pommes frites, while Erik had spaghetti bolognaise ... not exactly our most adventurous menu selections.  It turned out that Erik was in store for more of an adventure than he anticipated.  His spaghetti arrived with a sauce that was more brown than red (was more of a meaty sauce with vegetables).  This unexpected difference was cause for concern.  Then he spotted some cheese sprinkled on top of the food ... that was a deal breaker.  But to his credit, he chipped away on part his meal, with a precision that resembled a highly trained surgeon. 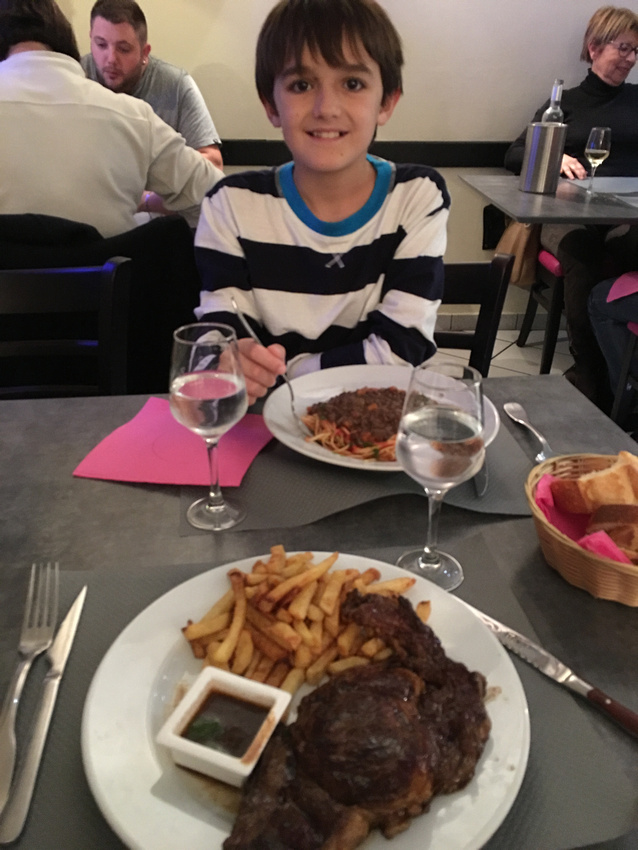 After dinner, we walked back to our room and ended up going to bed right away as we both felt tired after a long day on the road.  It wasn't the type of day that we had expected, but at least we did enjoy walking around the streets of Argelès-sur-Mer after such an unexpectedly long day in the car.

Tomorrow we're off to visit an old friend of mine whose family lives near the small commune of La Cadière-et-Cambo, France.