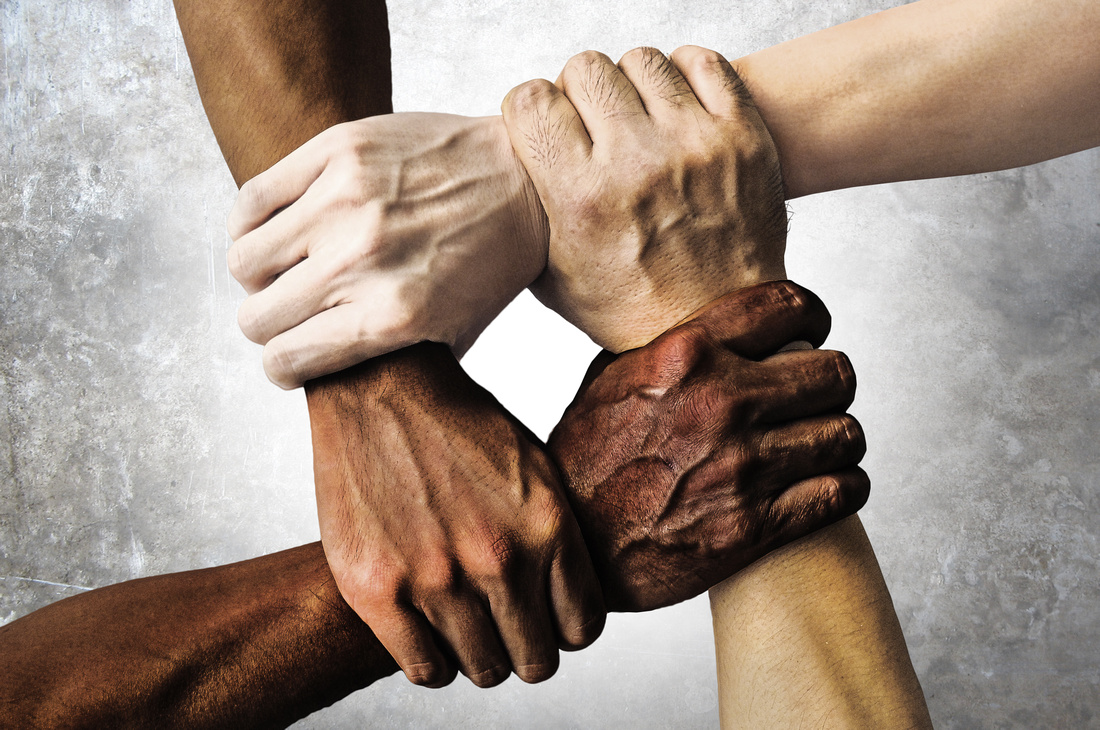 “Racism is still with us. But it is up to us to prepare our children for what they have to meet, and, hopefully, we shall overcome.”
-- Rosa Parks

One thing that continued to surprise me during my time in Africa was how these wonderful people could be so brutally racist towards each other.  There was certainly an element of racism from whites towards blacks, and blacks towards whites, but the most hostile displays of racism that I perceived were blacks towards blacks.  It was all about tribe.

Tribal racism can take a relatively benign but annoying form, such as the time I saw a man casually walk to the front of a long line at the bank because, I was later told, he was from a particular tribe and therefore felt entitled to do so.  Then we have the horrible extreme of racism in the form of tribal genocide, like the infamous slaughter in Rwanda that was due to a tribal conflict between the Hutus and the Tutsis.

One of the first questions that I was frequently asked in rural Kenya was, “What tribe are you in?” Apparently, the answer to this question would determine how that person intended to respond and interact with me. I would answer, “I’m from America,” and that usually put an end to it, although some would persist.  Surely, I must be in one of the tribes. Which one?

In Africa, tribes cross artificial boundaries, which were established during the time of colonial rule.  Many of the country borders were drawn on the basis of a geographic feature, such as a river, rather than tribal boundaries.  Many of the people whom I met considered tribe to be more important than country.  This was particularly true of nomadic tribe members, who wander across large areas of land without much thought or concern about country borders.  They simply go where they need to go to trade goods and find food and water for themselves and their livestock.

In the big cities like Nairobi, people are much more likely to identify with their country in addition to their tribe.  City dwellers whom I met were simultaneously proud to be Kenyan, proud of their home town, and proud of their tribe.  But, in the boonies, national identity takes a backseat to tribe.  In my day-to-day interactions, people were much more interested in knowing if I were Kikuyu, Kisii, Massai, Turkana, Luo, Samburu, or one of the other 42 tribes in Kenya.  In my situation, the answer probably didn’t matter much.  But, for others, it could be a very big deal.

During times of conflict, if you’re in the wrong tribe at the wrong place and the wrong time, you may be brutally killed.  Elections in Africa can be a very dangerous time as they create an opportunity for simmering tribal conflicts to explode.  It’s assumed that the elected leader’s hometown will prosper from a disproportionate share of money and resources for schools, airports, hospitals, and so on. Throughout most of Africa, political corruption and tribal racism are alive and well.

To make sense of our world, we may tend to place people and things into categories, and then assign a series of traits, behaviors, and expectations to everyone or everything in that category. When we hear words like “old,” “young,” “religious,” “cancer,” “Russian,” “Japanese,” “American,” “handicapped,” and “vegan,” we may consciously (or unconsciously) associate characteristics with those labels and hold them in our mind until proven otherwise.  While this may help simplify our world, this categorization can also limit or skew our thinking and cause us to make inaccurate assumptions.

One strategy to overcome this limited thinking is to adopt the perspective that categories create a false perception of separateness, and that perception of separateness is an illusion. I’ve heard it said that, when we transcend the mind, diversity fades into unity.  We are all connected.  But, for those of us who have not yet transcended our mind to bask in the ethereal glow of unity each day, there’s another, simpler approach to consider.

An interesting alternative is to strive for more discrimination in the world.  I first heard this concept from social psychologist and Harvard University professor, Ellen Langer.  Ellen’s research suggests that the labels we attach to specific categories can dramatically influence our perceptions and actions.

Ellen cites an experiment where an ordinary man, seated in an armchair, faced another man seated in an armchair, and they talked about work.  Ellen videotaped the discussion, and then showed the videotape to two groups of psychotherapists.  For half of the psychotherapists, the man being interviewed was called a “job applicant”; for the second group, the man was referred to as a “patient.”  Each group of psychotherapists considered the job applicant to be well adjusted; when he was labeled a patient, many of the psychotherapists considered the man to have some serious psychological problems.  Same man.  Same videotape.  Very different outcome.

We all carry preconceived notions that bias our perceptions of other people based on appearance, race, sex, and so forth.  It is helpful to be aware that the labels we use impact how we perceive the world.

Despite the platitudes that we sometimes hear, none of us is truly “colorblind.”  If we are looking for a terrific soul food restaurant, our gut instinct is to ask someone of African American descent rather than someone who is from Japan; if we're looking for sushi, then the reverse will probably be true.  Now that’s not very colorblind, is it?  The world is a colorful, amazing place, so let’s not pretend to be blind to it all.  However, it is useful to shed many of the biases and stereotypes that we may carry.

One of the best ways to overcome our inherent biases is to increase our discrimination.  Ellen Langer uses the following exercise to illustrate the point.  Ellen takes a group of 20 kids and divides them based on different characteristics: Males stand on one side, females stand on the other side; dark hair stands over here, light hair stands over there.  Ellen continues to split up the group based on the color of clothing and other characteristics.  This continues until every child is standing alone.  Then the children suddenly understand the lesson that everyone is unique.  When we mindlessly categorize people, we may fail to look for and recognize the individual talents and behaviors that each possesses.

Another tactic Ellen suggests is to imagine that our thoughts are totally transparent.  This tends to cleanse our mind of the not-so-nice things that we sometimes think about other people, and it can help us become more compassionate and empathetic towards others.

When we move past the categories that we've created in our mind, we may tend to like people better, develop better relationships, and appreciate why people behave the way they do.  We may make a greater effort to understand other perspectives and become more open to different ways of thinking.  Each of us behaves a certain way, at a certain time, and for a certain reason that makes sense to us at the time.  When we look at people as individuals who are going through different life events that are specific to each of them—instead of seeing a larger, stereotypical group—we may feel more connected, compassionate, and empathetic towards others.

Perhaps the next time I go to Africa and am asked the question, “What tribe are you in?” I will answer, “Mark Aspelin,” and see what kind of reaction I get.