Adventures in Kenya (Part 5 of 6): Visiting the Hot Zone of Kitum Cave

-- Excerpt from the book "The Hot Zone; The Terrifying True Story of the Origins of the Ebola Virus" by Richard Preston

While working in the western highlands of Kenya in 1996, one of the local members of the community suggested that I visit Kitum Cave, an interesting place where animals such as elephants "mine" salt from the walls of the cave by using their tusks to break off pieces of the cave and eat it.  I'd never heard of the place, and it sounded pretty cool, so I said, "Sounds great - let's go!".

The next day, three of us drove towards the border of Uganda and entered Mount Elgon National Park, home of Kitum cave.  One member of our group was a community leader responsible for managing a variety of crane and wetland conservation efforts in the community around Saiwa Swamp National Park.  The second was a local priest who I had never met before then.  He had two PhDs, one in religion and one in ancient languages such as Sumerian and Aramaic.  He also led efforts to bring clothes and other donated goods directly from Europe so that he could distribute them to people in need.  This approach helped avoid the middleman, which often came in the form of corrupt government officials who required bribes or just outright stole the donated items to sell.  It was not uncommon to see donated good being sold on the streets for a profit rather than distributed to the intended communities in need. The third member of the group was me, the clueless guy that didn't know what he was doing.

Upon entering Mount Elgon National Park, we were informed that we were not allowed to travel alone in the Park due to concerns about our safety due to wildlife.  Instead, we were assigned not one, but two armed guards to pile into our small vehicle and escort us to the cave. 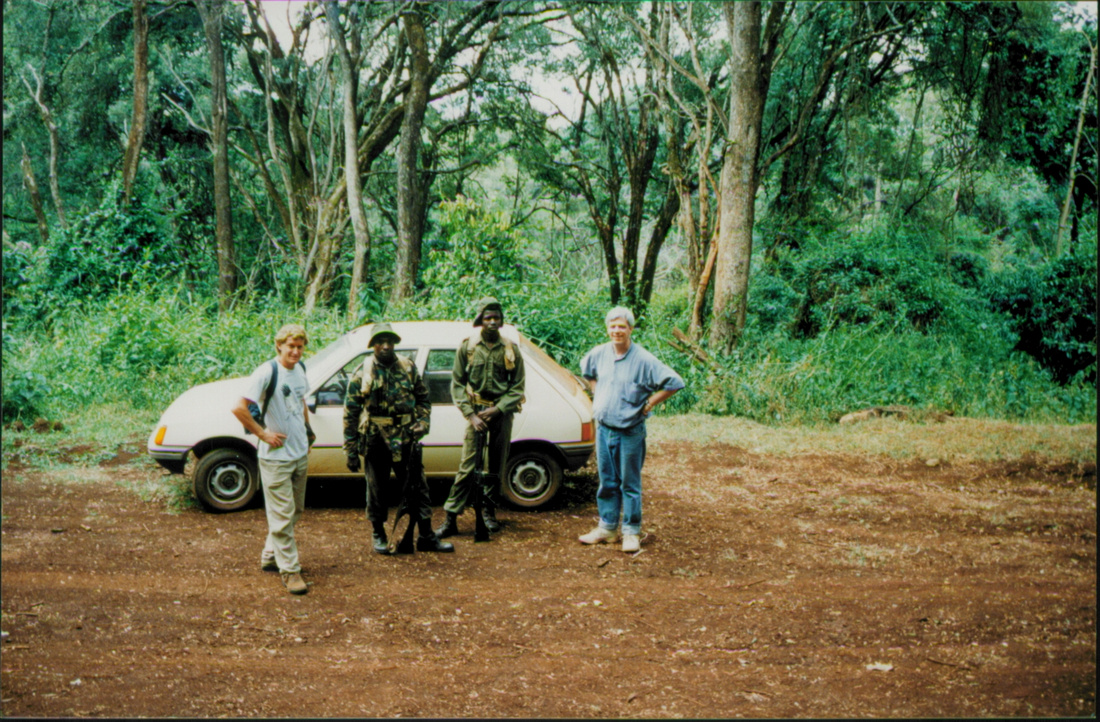 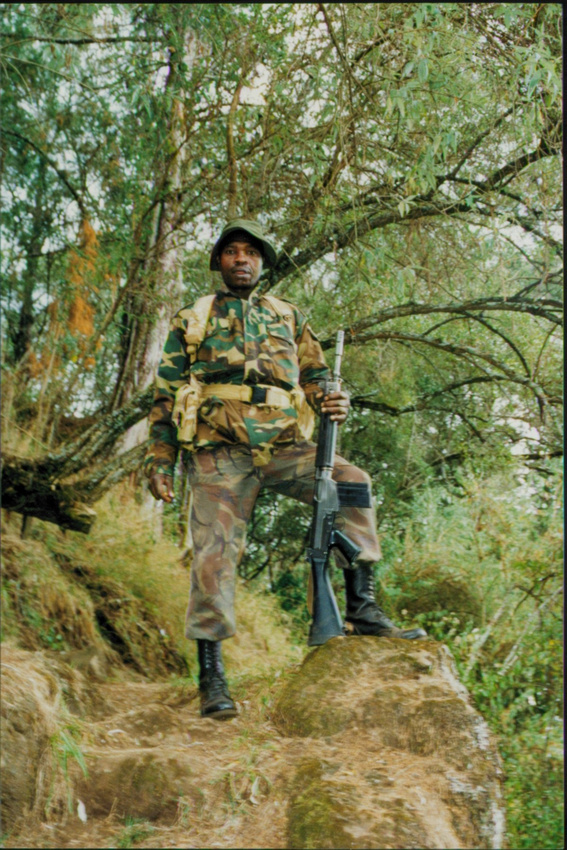 We made our way to the Kitum Cave trailhead to begin our hike. 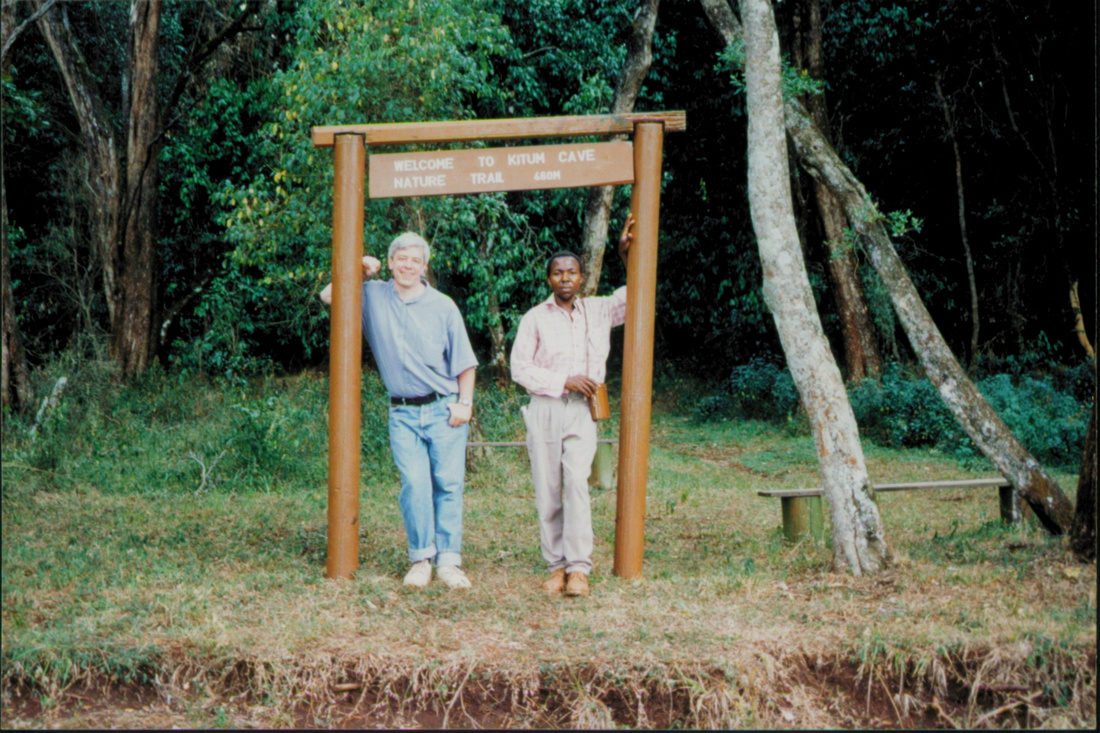 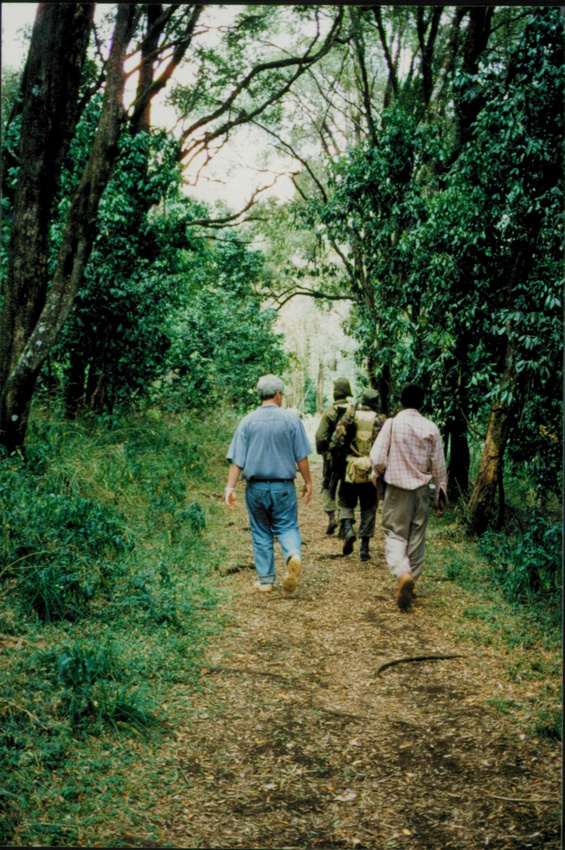 It was a relatively short walk with some nice scenery ... and we occasionally came across large piles of elephant dung to add to the ambiance. 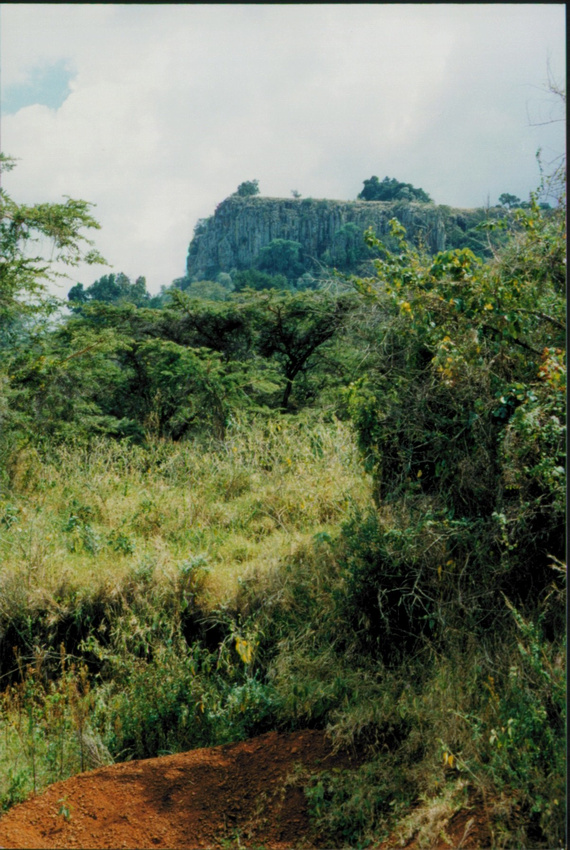 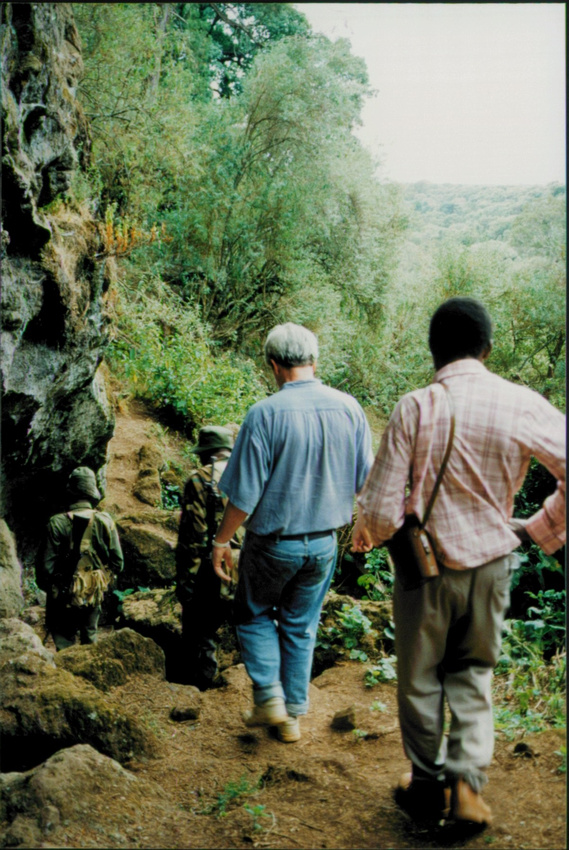 And as we rounded a corner, we finally spotted Kitum Cave. 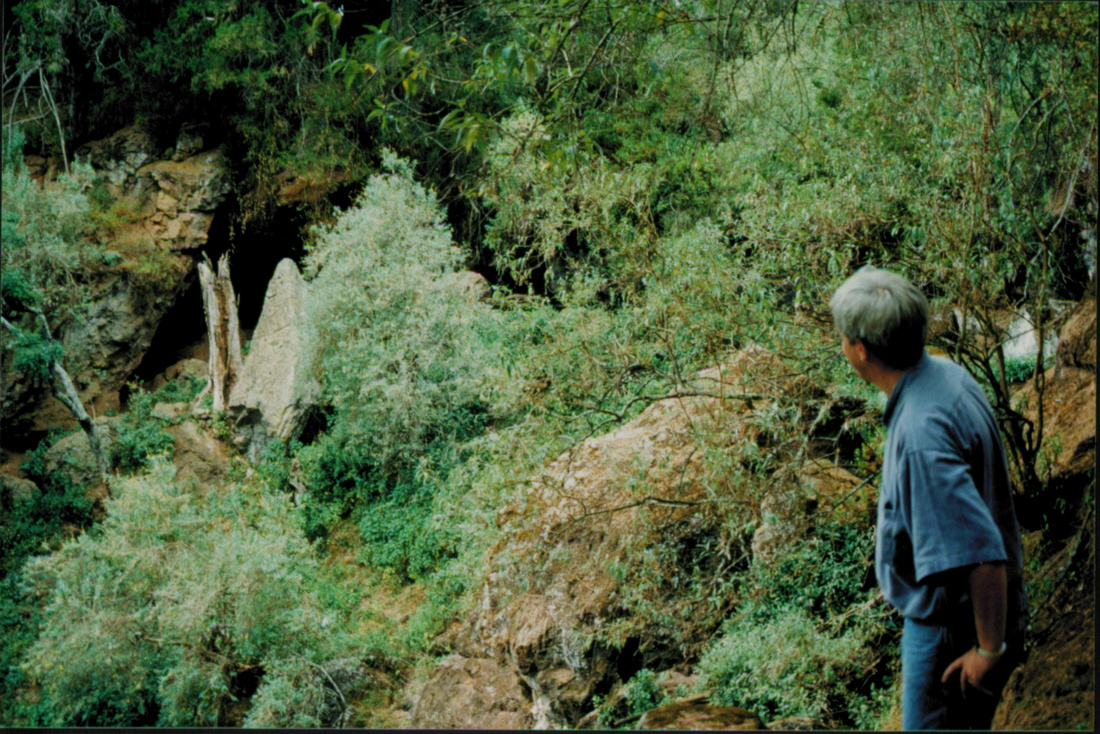 Little did I know that Kitum Cave was infamous for reasons that would have prevented me from ever considering this trip.  It was believed to be a possible source of the Marburg Virus, which is a virus similar to Ebola.  Now, I don't know about you, but I consider that to be an important little nugget of information to have prior to considering a day trip to explore a cave!

Apparently, two people had been killed by Marburg virus (similar to Ebola) in recent years and the one thing that they both had in common was a visit to Kitum Cave.  In 1980, a 56-year old Frenchman named Charles Monet explored the cave.  Seven days later, the virus took its gruesome toll on him as the poor man bled out of all of his orifices and died soon after entering a hospital in Nairobi.  Seven years later, a young Danish boy (named Peter Cardinal in Richard Preston's book, The Hot Zone) contracted Marburg after visiting Kitum Cave.  He was eventually taken to Nairobi Hospital (same hospital as Charles Monet) where the child died.

After the two deaths, a joint U.S. and Kenyan research investigation was formed (in 1988) in attempt to find the Marburg Virus in Kitum Cave.  The cave was closed to the public while researchers donned the highest level of protective gear as they scoured the cave walls, sampled bat and elephant poop, and captured a variety of bats, birds, and insects.  They also kept cages with monkeys in the back of the cave to see if they would contract the virus (according to locals I later spoke with).  However, there was no sign of the virus.  So, a few years before my visit, the cave was opened back up to the public.

Instead of wearing a Biosafety Level 4 protective body suit and respirator, I entered the cave looking like this: 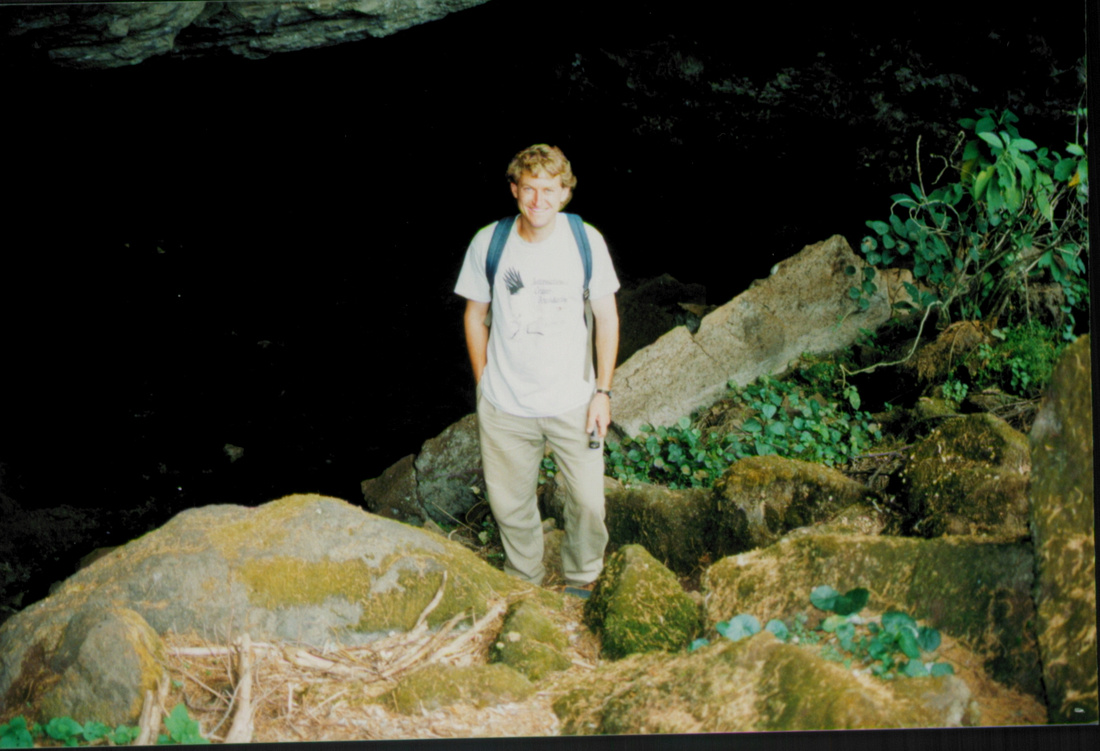 As you can see, at least I had a flashlight.

The cave is about 700 feet deep into the side of Mount Elgon, and rest assured that we went deep enough into the cave that we needed to use our flashlights.  Here are some photos of us exploring the cave: 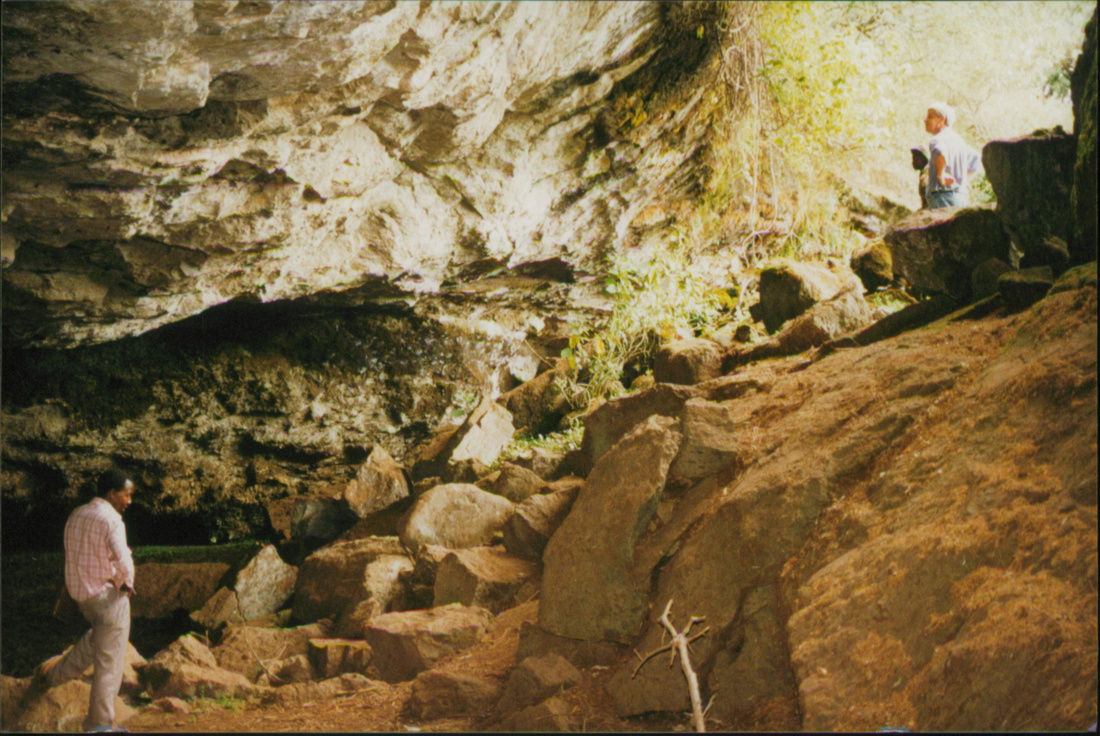 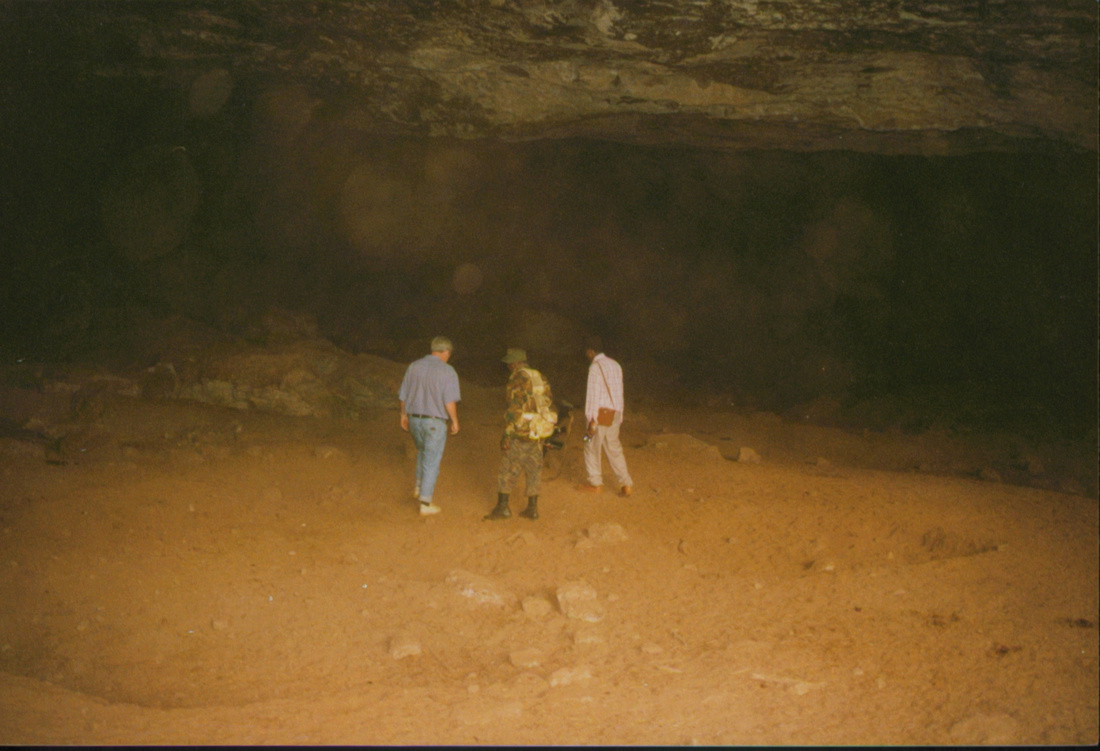 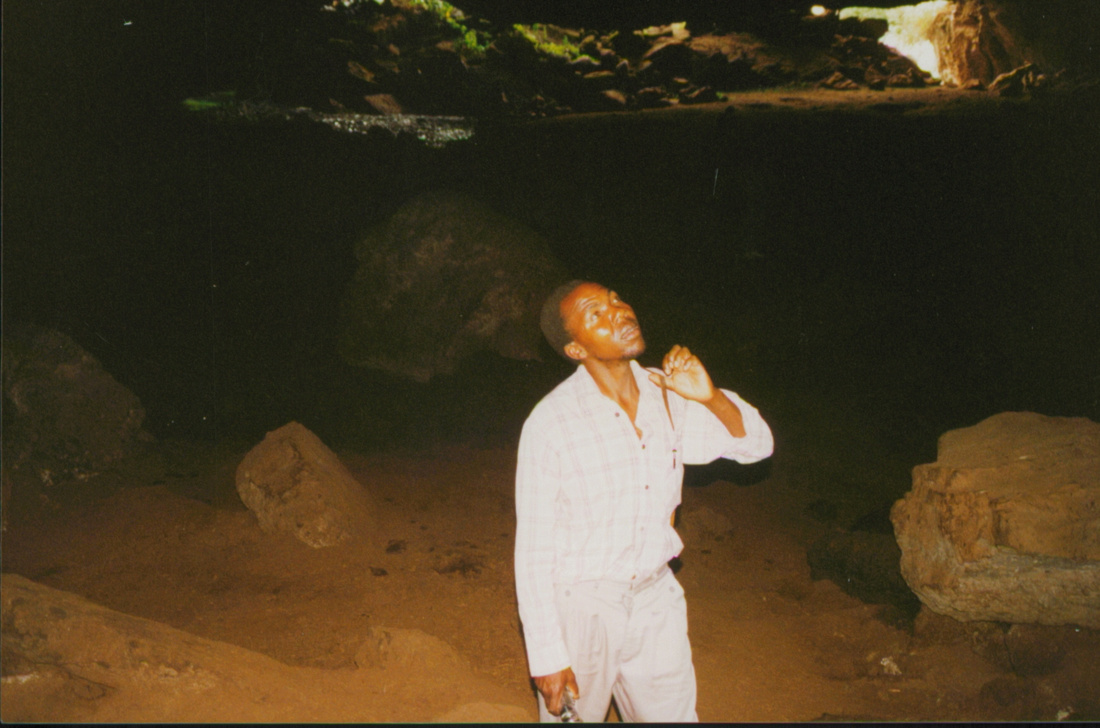 After about 30 minutes of exploring the cave, we got in the car and climbed up a bit to get a nice view of Uganda from Mount Elgon: 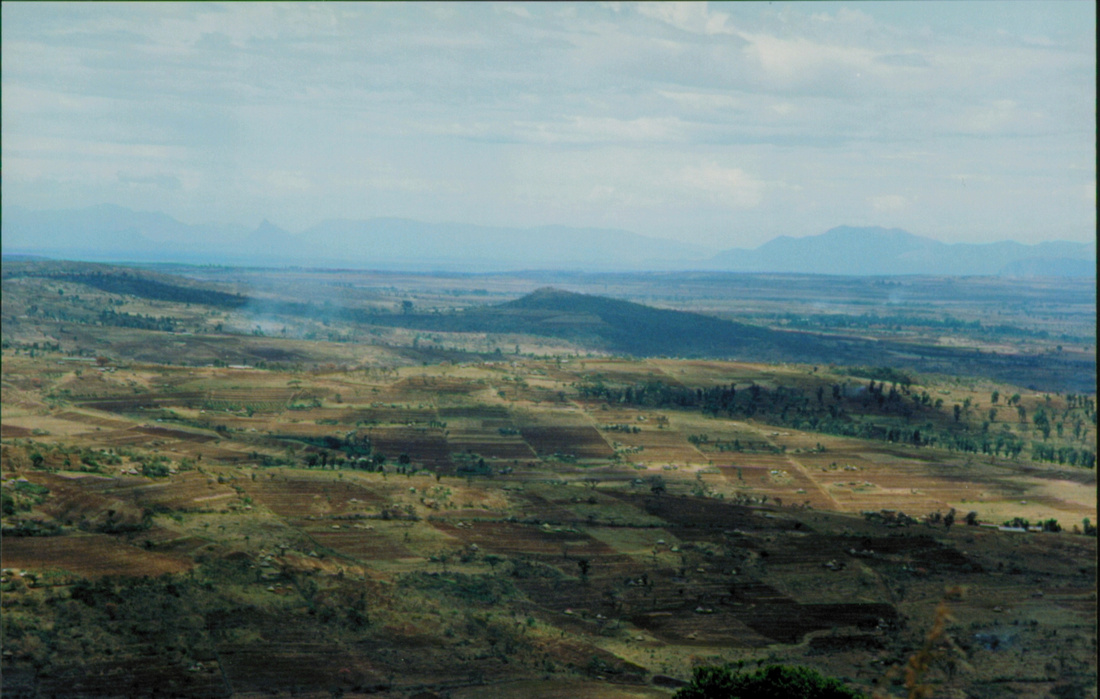 We had an enjoyable day and I was dropped back off at my tent at Sirikwa Safaris.  That is where things got a bit more interesting.  The owner of Sirikwa Safaris, Jane Barnley, asked how the trip was and told me about a relatively new book (published in 1994) that I might be interested in since it mentions Kitum Cave.  "Sounds interesting, what book is that?".  That's when Jane pulled a copy of The Hot Zone off of her bookshelf, handed me the book, and gave me a quick overview of some of the key points.  "What!!!"  I was stunned.  She then went on to explain that Peter Cardinal (the boy from the book) had actually started feeling sick on the very couch that we were standing next to before he was evacuated by helicopter.

I was a bit "surprised" to hear this news, putting it mildly.  I was thinking to myself, "Why didn't anyone tell me this before!"  I retired to me tent and used a headlamp to stay up most of the night while I devoured the pages of the book.

But it gets worse.

A few days later, I started feeling ill.  Something was off.  I had some weird symptoms where I would get muscle spasms in my chest near where my heart is, so that it looked like my skin was bubbling, but it didn't correspond to my heart beat.  I was getting concerned, and my recent reading of The Hot Zone didn't exactly put my mind at ease.

I decided to visit a local doctor who was originally from India but trained in England.  He ran the most efficient urgent care clinic I have ever been to in my life.  The staff included one person at the front desk and him.  That's it.  I walked in and explained my symptoms to the woman at the front desk while she jotted down some notes on a small piece of paper.  The doctor came in, she handed him the slip of paper, and we stepped back into another room.  The doctor asked more questions, drew some of my blood, put it on a slide and he looked at it under a microscope that he had in the back of the room.  Everything looked ok from the perspective of the normal cast of characters such as malaria and cholera.  Probably just a virus that I picked up from the local food or water.  I paid cash at the front desk and that was it.  A process that would have taken months in the U.S. for the doctor visit, lab work, lab results, claims submission, claims adjudication, and final payment had all been completed in about thirty minutes and cost me about $20.

Over the following week, my symptoms worsened, and I ended up going to Nairobi National Hospital, the same place where Charles Monet and Peter Cardinal had been taken (and died).  After more tests, the doctor couldn't figure out the cause, but he gave me a prescription that would help clear my body of any parasites to see if that would help.  It didn't.  I eventually caught a flight to see a tropical medicine specialist in Cape Town, South Africa.  By that time, the window for Marburg destruction had passed, so thankfully I could at least cross that option of the list.  The doctor narrowed it down to a family of viruses that can cause muscle spasms of the intercostal muscles as one of the symptoms.  He said it wasn't worth spending more time and money to try to figure out which type of virus I had because there was nothing that could be done about it regardless.

In the end, I decided to return to the U.S. and recuperate at my parents's house in Colorado Springs.  After about 6 months of clean living, while I worked temp jobs to pay the bills, I finally felt back to normal again.

Thankfully, I only have one thing in common with Charles Monet and Peter Cardinal ... each of us visited Kitum Cave.